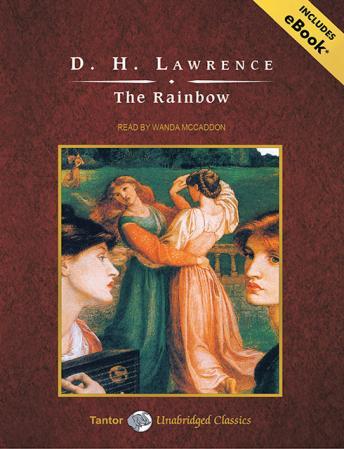 Set in the rural midlands of England, The Rainbow revolves around three generations of the Brangwen family over a period of more than sixty years, setting them against the emergence of modern England. When Tom Brangwen marries a Polish widow and adopts her daughter as his own, he is unprepared for the conflict and passion that erupt. Suffused with biblical imagery, The Rainbow addresses searching human issues in a setting of precise and vivid detail.

In The Rainbow, D. H. Lawrence challenged the customary limitations of language and convention to carry into the structures of his prose the fascination with boundaries and space that characterize the entire novel. A visionary novel, considered to be one of Lawrence's finest, it explores the complex sexual and psychological relationships between men and women in an increasingly industrialized world.