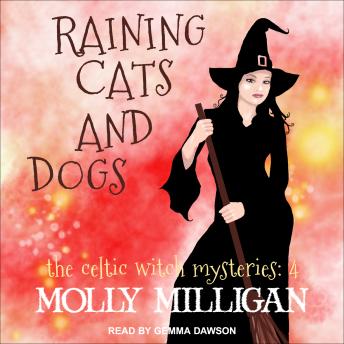 More Welsh wonder and Celtic carrying-on from Bron the hedge witch, her American cousin Maddie, and Dean the (dodgy) Druid.

So what's Dean up to now, in his secret little hut in the woods? Bron doesn't know, but she's got her suspicions.

It's midsummer in the small town of Llanfair, and there's been an influx of pagans who are here for the festival. In the middle of all the joy, a small child goes missing. He's found quickly, but he's different now. Changed, somehow.

Such an accusation drives a wedge between Bron and Maddie, but as events take a darker turn, they must work together-against the clock-to rescue the soul of the boy . . . and the heart of the town.

The Fair Folk are trooping, the trees are guarding, the gnomes are watching, the vicar is . . . vicaring . . . and Bron must defeat an ancient foe. But it's not so easy when it's not good-versus-evil. Which side is Bron on, anyway?