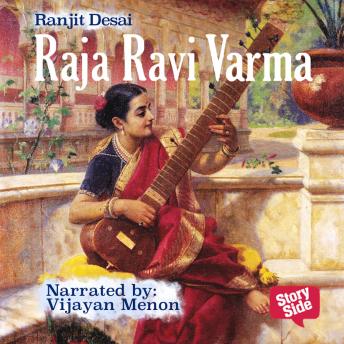 A controversial novel based on the life of India's most celebrated painter, Raja Ravi Varma He was accused of making the gods look like humans and insulting them by portraying them in the nude. He countered that he saw divinity in both gods and humans, and that nudity was the purest form he knew. This is the story of a little boy who grew up making charcoal sketches on freshly whitewashed temple walls and went on to be titled in the court of Thiruvananthapuram as 'Raja' for his artistic prowess. His painting of a Nair woman who worked in his wife's palace brought him wrath and recognition alike. His deep involvement with Sugandha, the Maharastrian lady, who became Menaka, Damayanti and Urvashi in his most acclaimed works caught the fancy of many critics and admirers.