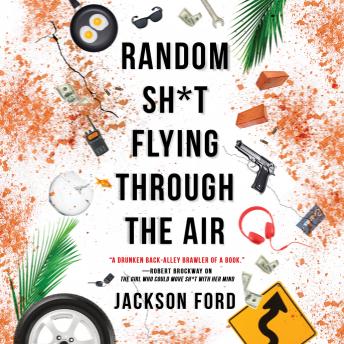 Random Sh*t Flying Through the Air

Teagan Frost -- the girl with telekinetic powers and a killer paella recipe -- faces a new threat that could wipe out her home forever in the second book of Jackson Ford's irreverent fantasy series.
Teagan Frost's life is finally back on track. Her role working for the government as a psychokinetic operative is going well. She might also be on course for convincing her crush, Nic Delacourt, to go out with her. And she's even managed to craft the perfect paella.
But Teagan is about to face her biggest threat yet. A young boy with the ability to cause earthquakes has come to Los Angeles -- home to the San Andreas, one of the most lethal fault lines in the world. If Teagan can't stop him, the entire city -- and the rest of California -- will be wiped off the map . . .
For more from Jackson Ford check out:The Girl Who Could Move Sh*t With Her Mind

Random Sh*t Flying Through the Air