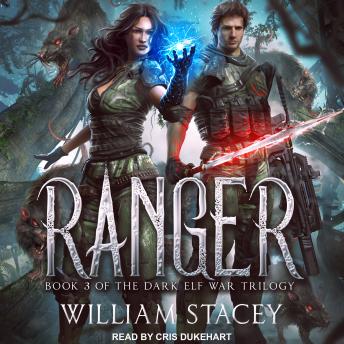 The Culling, the genocide of humanity. It almost ended us. It still might.

Six years ago, the dark elves murdered most of humanity. Thanks to the sacrifice of Elizabeth 'Gunz' Chambers, some few survived, safe behind walled shelters. For now.

Former Special Forces operator Alex Benoit is a broken man. Driven to rage by the evil of the dark elves, he and his team of rangers hunt them in the wilderness of northern Canada. No weapon is forbidden, no method too severe. But Alex has stared too long into the abyss and vengeance comes at a cost.

A cost that others may have to pay.

When a new gateway opens between worlds, Alex joins a desperate expedition to the dark elves' home world. Their mission: to forge an alliance between dwarves and humanity. Only together can both races stand a chance against the might of the dark elves and their wicked queen Tuatha de Talinor.