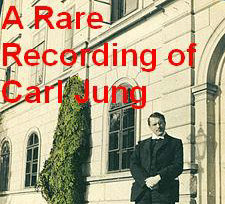 A Rare Recording of Carl Jung

Hear seven minutes of a 1959 interview with Swiss psychiatrist Carl Jung on the BBC program, "Face to Face," hosted by John Freeman. This probing interview with Jung, considered the world's greatest psychiatrist, provides a rare glimpse into his personal viewpoints and sheds insight into his pioneering work. Afterward, Jung was taken aback at the unexpectedly positive response from the general public. This strong interest in his work inspired Jung to write his final work, "Man and His Symbols," his theory of the symbolism of dreams, explained in lay terms so as to be accessible to all who would come seeking answers.

This title is due for release on December 6, 2015
We'll send you an email as soon as it is available!