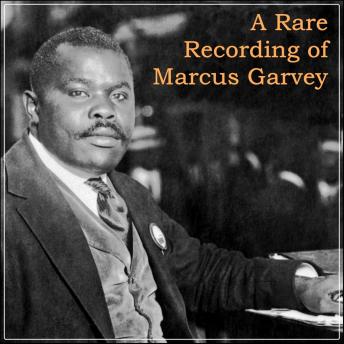 A Rare Recording of Marcus Garvey

Marcus Garvey (August 17, 1887 - June 10, 1940) was a charismatic Jamaican-born political leader, publisher, journalist, entrepreneur, and orator. He organized the Universal Negro Improvement Association and African Communities League (UNIA-ACL) and acted as its President-General. In 1916 he moved to New York City where his prominence grew. By 1919 he was considered to be the "Black Moses," and he claimed a following of over 2 million people. This recording is from a speech he gave in the 1920s.