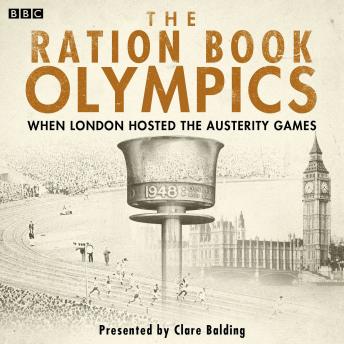 The 1948 Olympics were very different from the impressive spectacle that London put on in 2012. Three years after the end of the Second World War, Britain was still gripped by austerity. Rationing was still in force, severe bomb damage was still much in evidence and no new sports facilities could be built. Visiting athletes were put up in schools and RAF camps. Yet the Games were a resounding success and actually made a profit. Clare Balding meets athletes who competed in 1948, including cyclist Tommy Godwin, who won two bronze medals, and Dorothy Manley, who won silver in the athletics. She also talks to Roger Bannister who saved the day for the British team in the opening ceremony. The programme also includes fascinating voices from the archives, including Dutch sprinter Fanny Blankers-Koen, who won four gold medals.