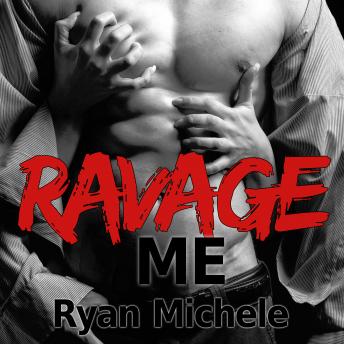 After spending the last two years stuck behind bars for a crime she didn't commit, Harlow 'Princess' Gavelson's time inside has finally come to an end, and she's ready for revenge. Unfortunately, being the daughter to the vice president of the Ravage Motorcycle Club cuts into her plans, as orders must be followed.
After spending years in hell overseas, Donavon 'Cruz' came home to lose the very thing he went into hell for, sending him to the darkest moments of his life. Joining Ravage two years ago was his safe haven, and he protects his family at all costs.
When a dark-haired bombshell struts into the club's shop, Cruz immediately knows that she's the one he'd do anything for. Tough as nails, and taking no crap from anyone, he's captivated by a woman who could handle this life. Trying to meet the needs of the MC business and follow his heart, however, proves to be difficult when the two collide. Can Cruz and Harlow find a way to be together, or will the needs of Ravage cost them everything, including their lives?Contains mature themes.