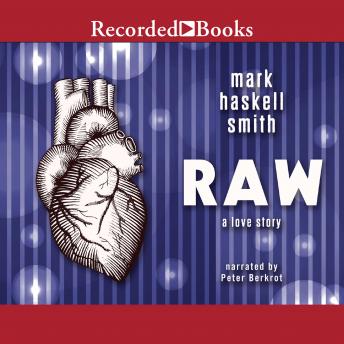 Sepp Gregory, a reality-TV hunk and one of People magazine's 'sexiest men alive,' is on tour to promote his debut novel. Not that Sepp's actually read the book-he doesn't have to, he lived it! And everyone just wants him to take his shirt off. The book has hit the bestseller list and is even getting rave reviews from serious critics. Aside from Harriet Post, that is. One of the blogosphere's most respected literary minds, Harriet fears that the novel's reception means the end of civilization is upon us. Determined to pen an expose on the publishing industry, Harriet hijacks the book tour and uncovers the ghostwriter. Reality and 'reality' collide, and a tragic accident sends Sepp and Harriet off on a sex-fueled roadtrip through the southwest.Raw: A Love Story is Mark Haskell Smith at his raucous best, dangerously sexy and wickedly funny. 'By turns racy and profound, Haskell Smith writes at Mach speed about what passes for culture in today's often unreal world.' -Booklist 'Gleefully absurd. . . . [Smith] turns what could have been just an amusing book into an incisive, caustic and hilarious one. . . . He's able to pull it off because his prose is so hard-boiled and self-assured-he comes across as the slightly more well-adjusted offspring of Hunter S. Thompson and James Ellroy. . . . A hilarious and-occasionally-an unexpectedly sweet illustration of why we write and read in the first place.'-Los Angeles Times 'Audacious satire.'-Vanity Fair 'Both hilarious and absurd. You'll laugh (and sometimes blush) the whole way through.'-People 'Outrageous. . . . consistently surprising, fast-paced and nearly always funny, Raw is more than just a lively romp. Smith saves his best satire for a topic he knows all too well: the publishing industry. In Raw . . . Smith skewers it with as much gleeful zeal as he attacks his much easier targets.'-Daily Beast 'No contemporary pop culture touchstone or literary idol emerges from the book unscathed by Smith's playful scrutiny.'-Los Angeles Magazine 'Readers familiar with Mark Haskell Smith's novels know all about the sharp, oddball sense of humor that permeates Raw. For those who don't, think somewhere along the lines of Carl Hiaasen-social commentary combined with outrageous laughs. . . . [A] brash and brainy slice of satire that skewers our base and high-minded interests in one fell swoop. . . . Hilarious.'-Shelf Awareness '[A] fast-paced, funny send-up of both high and pop culture.'-Penthouse 'Subversively funny. . . . Think Don DeLillo meets 'Jersey Shore.''-The Wrap

This title is due for release on January 8, 2016
We'll send you an email as soon as it is available!