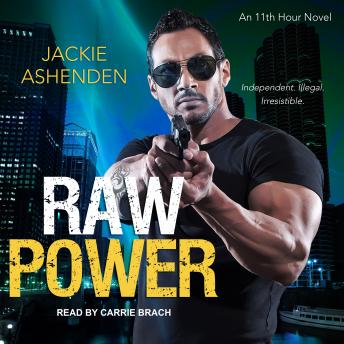 Rugged, skilled, and hard-bodied, Jack King's whole life was the Marines until an injury left him discharged from active duty. But he finds a new purpose when he's recruited by a special unit that employs ex-military to do very special jobs. Yet he's not impressed when his first assignment is babysitting the pretty, perfect daughter of a politician-especially when she's far from the angel she appears to be . . .

Callie Hawthorne hates politics, and she hates playing the part of a senator's goody two shoes daughter even more. It only gets worse when her father decides she needs a security detail 24/7-and the bodyguard happens to be the most insanely hot guy Callie's ever seen. Still, she's not going to be ordered around just because of some half-assed threat to her father . . . But when it turns out her dad's no angel either, Jack has to kidnap Callie in order to protect her. And as danger closes in, he'll need all his considerable talents to keep them both alive. The greater challenge will be to keep his hands off her . . .