Reaching Out at Henderson's Ranch 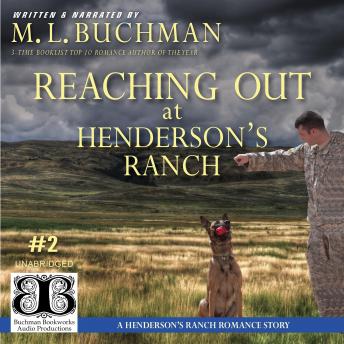 A Navy SEAL without an arm is as useful as...

Stan Corman hates waking up each morning to discover he's lost an arm, his war dog, his teammates, and his calling. The only thing worse? Going to sleep to face the nightmare of that single, life-changing moment.

Mark Henderson sends Stan to his family horse ranch beneath Montana's Big Sky. Not even a shard of hope remains until Bertram, a Malinois puppy left on his doorstep, has different ideas about Reaching Out at Henderson's Ranch.

Reaching Out at Henderson's Ranch