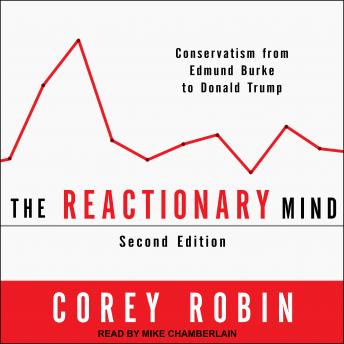 The Reactionary Mind: Conservatism from Edmund Burke to Donald Trump

In The Reactionary Mind, Robin traces conservatism back to its roots in the reaction against the French Revolution. He argues that the right was inspired, and is still united, by its hostility to emancipating the lower orders. Some conservatives endorse the free market; others oppose it. Some criticize the state; others celebrate it. Underlying these differences is the impulse to defend power and privilege against movements demanding freedom and equality-while simultaneously making populist appeals to the masses. Despite their opposition to these movements, conservatives favor a dynamic conception of politics and society-one that involves self-transformation, violence, and war. They are also highly adaptive to new challenges and circumstances. This partiality to violence and capacity for reinvention have been critical to their success.