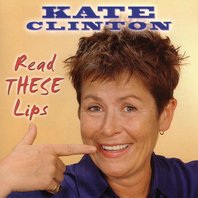 Kate has worked with some of the great writers and performers of our time. She participated in a staged reading of Tony Kushner's play 'SLAVS' with Olympia Dukakis, Tracey Ullman, and Madeline Kahn at the Walter Kerr Theatre in New York. Kate hosted an evening at the Kennedy Center when Richard Pryor received the first-ever Mark Twain Award. And she emceed the AmFAR Seasons of Hope event, where Clive Davis, Michael Douglas, and Billy Crystal presented awards to Quincy Jones, Sharon Stone, and Robin Williams.

This title is due for release on October 26, 2006
We'll send you an email as soon as it is available!