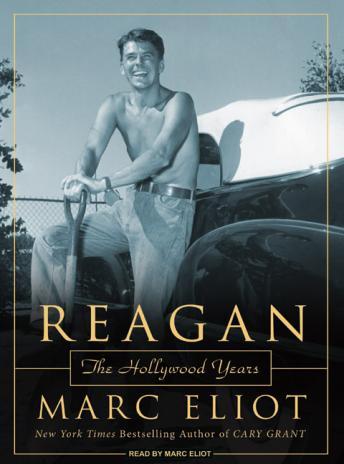 While his presidency has been rigorously examined, Ronald Reagan's early life as an actor and union leader has remained largely unexplored. In this highly entertaining and revealing new biography, acclaimed author and film historian Marc Eliot uncovers Reagan's unlikely and often frustrating career in motion pictures as well as his unpredictable rise to the top of the Screen Actors Guild (SAG). Set against the glamorous and often combative background of Hollywood's celebrated Golden Age, Eliot's biography provides an exceptionally nuanced portrait of the man and reveals the startling origins of the legend.

Covering more than thirty years of Reagan's film and television work, Eliot sheds new light on Reagan's bachelor life, his two marriages, and his two runs as the president of SAG. It also examines his personal relationship with superagent Lew Wasserman, the crucial player who helped develop Reagan's movie-star persona, which would prove essential to his eventually becoming the president of the United States.