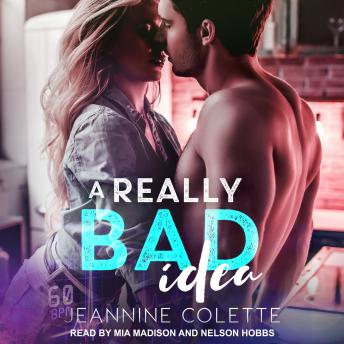 When my mother approached me on my thirty-third birthday with a brochure for egg freezing, it was a glaring reminder that my biological clock is ticking toward its expiration date. I've always dreamed of being a mom and had a plan-one that was destroyed when I caught my professional hockey player husband in bed with another woman.

Despite my broken heart I still believe in love. I want the happily ever after, but I also want a child desperately and won't settle in order to make it happen. That's why when I decided to take my mother's advice, Christian came up with his own plan: Let's have a baby together.

It's a bad idea. A really, really bad idea. And yet . . . I can't stop thinking about how great it could be. There's just one condition. Before we have sex (oh, yes, we're doing this the old-fashioned way!) Christian is adamant we go on three dates. Sounds easy, but it's not. I thought sex would be the hard part, but the dates are only making me fall for the man I've known almost my entire life.