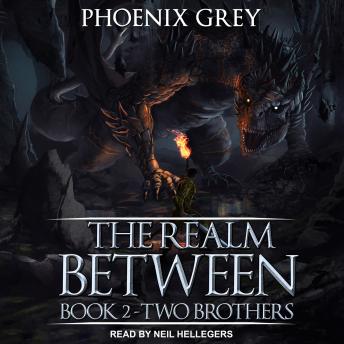 The Realm Between: Two Brothers

Welcome to the second installment in the Realm Between series by Phoenix Grey.

Will Galvan is no longer a noob to The Realm. In fact, he's no longer Will Galvan. Emerged as Azure and still undecided about his class, the new hero is ready to face the cause of the curse on Crescent Island head-on. Little does he know that in-game decisions may have real-world consequences, up to and including death.

But more importantly than all of that, the mystery of Uden is revealed. Is he a good guy? A bad guy? A good guy who just happens to also be an a-hole? Keep listening to find out!

Adventure awaits in this mix of dungeon crawler and slice-of-life LitRPG.