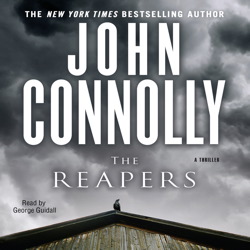 Maybe not the best book in the series but if you like Angel and Louis then this book gives some nice insight into their relationship. If you just want to pick up where the story in the last book left off with Charlie this one is okay to skip but I liked it and am glad I read it.

Worst book ever! Very, very boring. Don't waste your time. No action, too many characters with weird names.