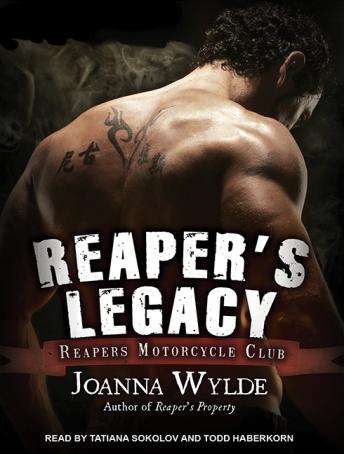 Eight years ago, Sophie gave her heart-and her virginity-to Zach Barrett on a night that couldn't have been less romantic or more embarrassing. Zach's stepbrother, a steely-muscled, tattooed biker named Ruger, caught them in the act, getting a peep show of Sophie he's never forgotten.

She may have lost her dignity that fateful night, but Sophie also gained something precious-her son Noah. Unfortunately, Zach's a deadbeat dad, leaving Ruger as Noah's only male role model. When he discovers Sophie and his nephew living in near poverty, Ruger takes matters into his own hands-with the help of the Reapers Motorcycle Club-to give them a better life.

Living with outlaw bikers wasn't Sophie's plan for her son, but Ruger isn't giving her a choice. He'll be there for Noah, whether she wants him or not. But Sophie does want him, has always wanted him. Now she'll learn that taking a biker to bed can get a girl dirty in every way...

This title is due for release on February 26, 2014
We'll send you an email as soon as it is available!