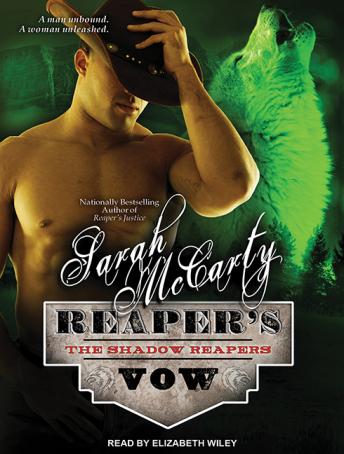 Ever since his cousin Adelaide disappeared, Cole Cameron has been searching for her and for Isaiah Jones, whom he blames for her kidnapping, after a hellacious fight in town involving-if the stories of drunken saloon goers were to be believed-men who changed into wolves. Being a practical man, Cole doesn't believe it.Then he is rescued from a pack of strangely intelligent wolves by none other than his quarry, Isaiah, who brings him to a hidden valley where the Shadow Reapers have settled, where he is reunited with Adelaide, and where he finds the beautiful Miranda.Miranda was once a captive of the enemy pack of Rogues. Now a werewolf herself, all she wants is to protect her daughter and try to forget the husband she lost. But Jeb is not about to give up the greatest desire he's ever felt in his life. And he has vowed to make Miranda his-no matter what stands in his way . . .

This title is due for release on May 14, 2014
We'll send you an email as soon as it is available!