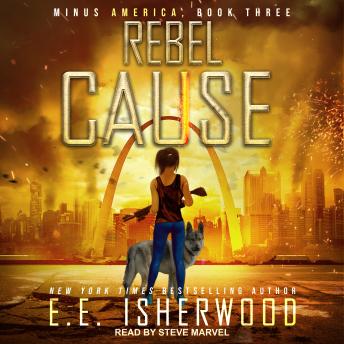 America is down, but never count it out

It has been said America is impossible to conquer because there are guns behind every blade of grass. But what if no one was left to pull the triggers?

The Minus America series imagines this world. The story continues . . .

Ted and Emily flee the enemy, but the noose continues to close, even as he makes contact with his niece. While rescuing her is always a priority, he might have a lead on the nuclear briefcase stolen from him on day 1. Hard choices are ahead.

Tabby accepts her family is gone, but she has no intention of giving up her home. Does she have what it takes to fight back against an enemy hidden behind technological superiority?

Dwight finds himself at the tip of the spear of the enemy invasion. He may be powerless to stop it, but he begins to think he might be able to slow it down.

Continue the journey with these last few Americans as they explore what's left of their homeland, dutifully avoid the spreading infection of the invasion force, and take the first tentative steps toward a rebellion. Unlike wars for freedom in the past, they have no allies and no reinforcements. It's time to see what they're made of.