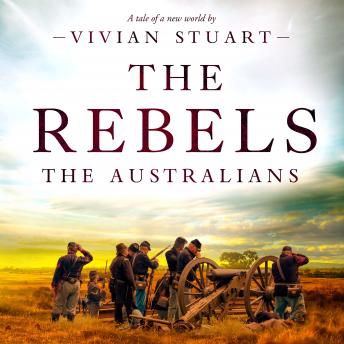 The sixth book in the dramatic and intriguing story about the colonisation of Australia: a country built on blood, passion, and dreams.
Twenty thousand kilometres and four months of sailing are what stands between England and the colony of Australia.
In his struggles to bring order in the colony, and to protect its settlers from abuse of power, and injustice, Governor Bligh is up against some powerful enemies and mischievous schemers.
Three strong-minded governors have failed to complete the task before him ...
And England seems to have had enough of the war against France.
Rebels and outcasts, they fled halfway across the earth to settle the harsh Australian wastelands. Decades later — ennobled by love and strengthened by tragedy — they had transformed a wilderness into a fertile land. And themselves into The Australians.

This title is due for release on September 15, 2022
We'll send you an email as soon as it is available!