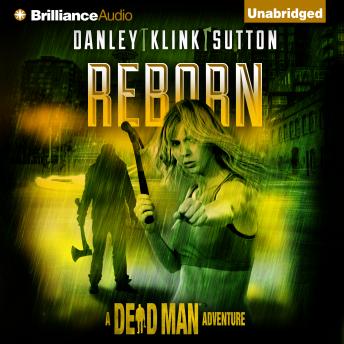 Tanis Archer is facing a miserable twenty-fifth birthday. She's a part-time barista in her sixth year at Dallas Community College. Her life is going nowhere, fast.Literally.Because on her way to work, she loses control of her car and is killed in a horrific crash. That should have been the tragic end of her story. But days later, she wakes up on a cold morgue slab…and soon learns that miraculous resurrections have brutal side effects. For starters, there are people around her who look as if they are decomposing from the inside-out, victims of their rotting souls. Even worse, it's no illusion. What she is seeing is real, a shadowy part of the world where the bloody battle between good and evil is being fought every day by an ax-wielding 'dead man' and his rag-tag army of supernatural freaks.And she’s being asked to join him.Obviously that's not how Tanis wants to spend her afterlife—she'd rather party with her new-found abilities—but an unimaginable horror is rising from the Black Sea, and she might just be the only person who can save humanity from an agonizing, never-ending nightmare…Reborn features a fresh, colorful heroine in an action-packed, darkly funny tale of adventure and terror told by an incredible dream team of award-winning, widely acclaimed writers: USA Today bestselling author Kate Danley (The Woodcutter), Emmy Award–winning screenwriter and novelist Phoef Sutton (Cheers, Boston Legal),TV writer/producer and author Lisa Klink (Star Trek Voyager, Painkiller Jane), New York Times bestselling author and TV producer Lee Goldberg (The Heist, King City), and two-time Edgar Award-nominated writer William Rabkin (Monk, Psych).