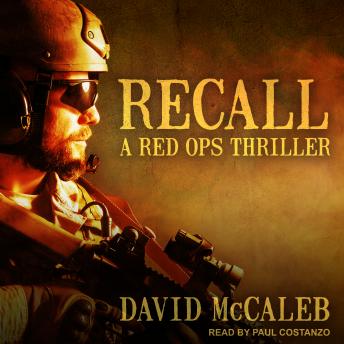 To a trio of muggers, Red looks like just another suburban dad. But when they demand his wallet at knifepoint, something snaps. In the blink of an eye, two muggers are dead, the third severely injured, and Red doesn't remember a thing. Once an elite member of the Det, a secret forces outfit whose existence is beyond classified, Red thought his active service was over.

But his memory is coming back-and a lethal killing machine is returning to duty . . .

Facing an unthinkable nuclear threat, a volatile international power play, and a personal attack against his family, Red has no choice. He must rejoin his old team, infiltrate the enemy camp, and complete the biggest mission of his life . . .