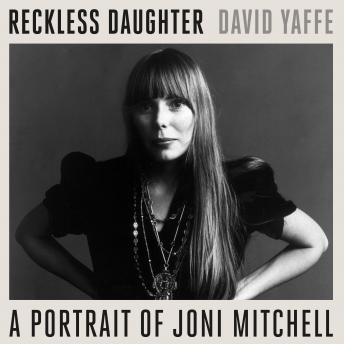 Joni Mitchell is a cultural touchstone for generations of Americans. In her heyday she released ten experimental, challenging, and revealing albums; her lyrics captivated people with the beauty of their language and the rawness of their emotions, both deeply personal to Mitchell and universally relatable to her audience. In this intimate biography, composed of dozens of in-person interviews with Mitchell, David Yaffe reveals the backstory behind the famous songs-from her youth on the Canadian prairie, her pre-vaccine bout with polio at age nine, and her early marriage and the child she gave up for adoption, up through the quintessential albums and love affairs, and all the way to the present-and shows us why Mitchell has so enthralled her listeners, her lovers, and her friends.

Yaffe has had unprecedented access both to Mitchell and to those who know her, drawing on interviews with childhood friends and the cast of famous characters (Joan Baez, Judy Collins, Leonard Cohen, David Crosby, and more) with whom she has crossed paths and influenced, as well as insightful analyses of her famous lyrics, their imagery and style, and what they say about the woman herself.