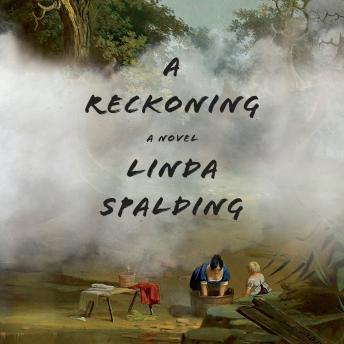 A Reckoning: A Novel

It’s 1855, and the Dickinson farm, in the bottom corner of Virginia, is already in debt when a Northern abolitionist arrives and creates havoc among the slaves. Determined to find his mother and daughter, who are already free in Canada, Bry is the first slave to flee, and his escape inspires a dozen others. Soon, the farm, owned by one brother and managed by another, is forfeited to the bank.

One of the brothers, who is also a circuit-riding preacher, gathers his flock into a wagon train to find a new life in the west. But John Dickinson has a dangerous secret that compels him to abandon the group at the last minute, and his wife, two daughters, and thirteen-year-old son, Martin, now face life on the trail and an unknown future alone. After a fateful encounter along the way, Martin and Bry will hatch a plot to get Bry safely to Canada, but each member of the family will be changed, tormented, excited, and exposed by the journey.

Linda Spalding brings an astonishing empathy to the telling of the fate of each of the travelers and to their shifting inner lives—compoundedof grief, fear, anger, and hope. Rich in character and incident, A Reckoning brilliantly-creates an America that was: the undefiled beauty of its lands and the grand mix of settlers and Native Americans; blacks and whites; riverboat captains, small businessmen, and people leaving one life behind for another they can only just begin to see. It moves with irresistible force toward an ending at once cataclysmic, inevitable, and profound.