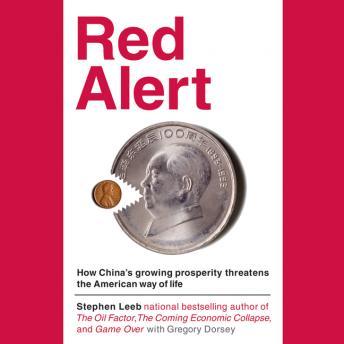 'I would caution readers to dismiss Stephen Leeb's warnings only at their peril.' -- Thomas Kaplan, chairman, Tigris Financial Group

The American Dream is close to being replaced by a living nightmare:

- Key commodities that are essential to our daily lives and that are widely believed to be abundant are running critically short. Even worse, the Chinese are doing what they can to monopolize the world's dwindling resources.
- The U.S. is now largely dependent on our greatest economic rival for rare earth elements as well as a host of other minerals-all of which are absolutely essential to the development of alternative energies and are critically important for our defense industry, computers, cell phones, and other electronic devices.

- While America has been fighting wars in Iraq and Afghanistan, China has focused its substantial muscle on securing vital commodities from these and other lands to upgrade its infrastructure and industrial strength to meet the resource challenge head-on.
- China has wrapped itself in the green flag of combating climate change while systematically discouraging other nations from adopting similar policies in a bid to gain time to achieve its plans.


Red Alert is a provocative and frightening look at the growing political, economic, and social power of China and the threat that nation poses to the Western world. It lays out how the Chinese are strategizing to overtake the United States as the world's premier economic power-and details how our failure to respond quickly will result in a permanently lower standard of living for Americans.
Peppered with startling statistics, charts, and evidence of how China continues to expand its economic reach, Red Alert is both controversial and powerful in its scope.

This title is due for release on October 19, 2011
We'll send you an email as soon as it is available!