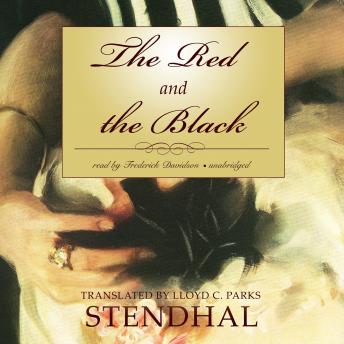 The Red and the Black

One of the great novels of the nineteenth century, The Red and the Black is a powerful character study of Julien Sorel, a clever and idealistic young opportunist who attempts to rise above his station through a combination of talent, deception, and hypocrisy. Sorel uses his powers of seduction and charm to secure advancement, only to find himself betrayed by his own passions and outwitted by the larger political and social intrigues of post-Napoleonic France. His doomed quest for fortune and love is both heroic and satirical, reflecting the inner tensions and outer pretensions that result from desiring what is not ours. Stendhal’s complex portrayal of his characters’ thoughts and feelings was far ahead of his time, earning The Red and the Black recognition as the first modern psychological novel, with Julien as his most brilliant creation and one of the greatest characters in all of literature.