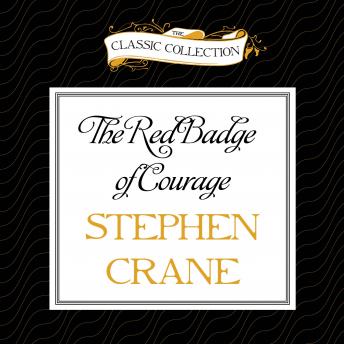 The Red Badge of Courage

Henry Fleming is primed to prove his patriotism and to earn that “red badge of courage.”Bored with farm life, and anxious for some excitement, Henry Fleming sets off to join the Union troops fighting the Civil War. An inexperienced fighter, he is anxious to get into battle to prove his worth. He swaggers to keep up his spirits waiting for battle, but when suddenly thrust into the slaughter, he is overcome with blind fear and runs from the field of battle.He is ashamed when he joins the wounded, for he has not earned their 'red badge of courage' and becomes enraged when he witnesses the death of his terribly maimed friend. In a confused struggle with his own army’s retreating soldiers, he is wounded but not by enemy gunfire. In an effort to redeem himself in his own eyes, he begins to fight frantically and, in the heat of battle, automatically seizes the regiment’s colors in a daring charge that proves him truly courageous.This novel is part of Brilliance Audio's extensive Classic Collection, bringing you timeless masterpieces that you and your family are sure to love.