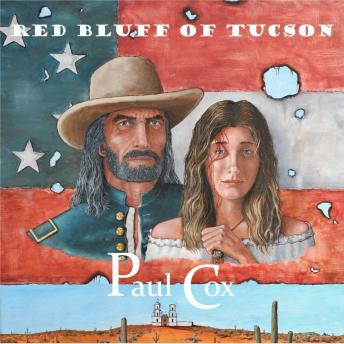 Pursued by a posse, gambler and womanizer Caleb Felton joined the Confederate company that entered Tucson, Arizona in 1862. The Old Pueblo, almost deserted, was surrounded by bandits and Apaches, but inside its walls a few Anglos and Mexicans held out. Within the Pueblo, Caleb briefly, mysteriously crosses paths with the beautiful Bricela Verde. Then both their lives are altered forever by the battle of Picacho Pass, the westernmost conflict of the Civil War. After twenty years separation, the two are reunited in Tucson. Both have been changed by the tragedies of war. Each hides a secret from the other.


But soon the continuing Apache raids and the crimes of the Indian Ring bring them together once more. From the beginning, their relationship was guided by more than circumstance. Their reunion would be no different. Paul Cox was born in rural Arkansas. When he was ten years old, his family moved to California. There he had a successful athletic career, culminating as an NCAA Div. II All American in track and field at Cal St. Fullerton. After graduating there, Paul attended dental school in San Francisco and graduated in 1976. In 1994 he moved with his wife and two children to North Idaho. He is and avid outdoorsman and artist. Paul has ridden horses for twenty years and recently started raising buffalo. He presently lives on a twenty acre ranch just outside Sandpoint.