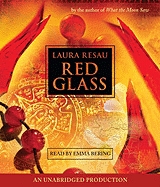 With a dazzling and thoughtful voice, this critically acclaimed novel deals directly with the challenges and dangers of immigration, exploring the ties that bind us together in an age when issues threaten to divide us.

One night Sophie and her parents are called to a hospital where Pedro, a six-year-old Mexican boy, is recovering from dehydration. Crossing the border into Arizona with a group of Mexicans and a coyote, or guide, Pedro and his parents faced such harsh conditions that the boy is the only survivor. Pedro comes to live with Sophie, her parents, and Sophie's Aunt Dika, a refugee of the war in Bosnia.

Sophie loves Pedro—her Principito, or Little Prince. But after a year, Pedro’s surviving family in Mexico makes contact, and Sophie, Dika, Dika’s new boyfriend, and his son must travel with Pedro to his hometown so that he can make a heartwrenching decision.

★ 'The vivid characters, the fine imagery, and the satisfying story arc make this a rewarding novel.' –Booklist, Starred Review