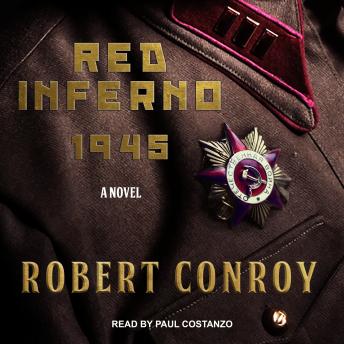 In April 1945, the Allies are charging toward Berlin from the west, the Russians from the east. For Hitler, the situation is hopeless. But at this turning point in history, another war is about to explode.

To win World War II, the Allies dealt with the devil. Joseph Stalin helped FDR, Churchill, and Truman crush Hitler. But what if 'Uncle Joe' had given in to his desire to possess Germany and all of Europe? In this stunning novel, Robert Conroy picks up the history of the war just as American troops cross the Elbe into Germany. Then Stalin slams them with the brute force of his enormous Soviet army.

From American soldiers and German civilians trapped in the ruins of Potsdam to US military men fighting behind enemy lines, from a scholarly Russia expert who becomes a secret player in a new war to Stalin's cult of killers in Moscow, this saga captures the human face of international conflict. With the Soviets vastly outnumbering the Americans-but undercut by chronic fuel shortages and mistrust-Eisenhower employs a brilliant strategy of retreat to buy critical time for air superiority. Soon, Truman makes a series of controversial decisions, enlisting German help and planning to devastate the massive Red Army by using America's ultimate and most secret weapon.