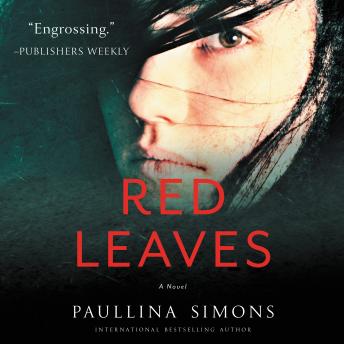 In the tradition of Ira Levin’s A Kiss Before Dying and Donna Tartt’s The Secret History comes a suspenseful thriller from the international bestselling author of The Bronze Horseman—an utterly captivating story about four Ivy League students whose bizarre friendship leads to a twisted maze of secrets, lies, betrayal, and murder.

As the star player of Dartmouth College’s women’s basketball team, Kristina Kim is beautiful, intelligent, and fearless. But though she’s just 21, Kristina has already had her share of heartache, loss, and dark secrets that haunt her. She’s best friends with Conni, Albert, and Jim, but the only one who seems to really know her is Albert. With long dark hair, tattoos, and a rebellious streak, Albert doesn’t fit in with the rest of the clean-cut Ivy Leaguers. Like Kristina, he has his share of secrets—secrets that are beginning to unravel this intimate circle of friends.

When Detective Spencer O’Malley goes to investigate something suspicious at the foot of a steep hill on Dartmouth’s campus, he doesn’t expect that the frozen, naked body found in deep snow would belong to Kristina Kim—the remarkable young woman he met recently who entranced him. Now Spencer will never know if the chemistry he had with her was real. All he can do is find her killer.

Spencer is pulled into the strange, complex web of the surviving friends. Many important questions about Kristina’s murder cannot be answered, such as: why did none of them report her missing for nine days before her body was discovered? The more Spencer digs, the more clear it becomes that each of the three has a motive for killing Kristina. And as Spencer, seeking justice for a dead girl, is led down a labyrinth of deceit, every new revelation proves more shocking than the last….and more dangerous.