Red State Uprising: How to Take Back America 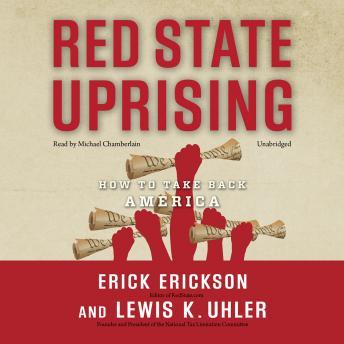 Fed up with our arrogant federal government? Don’t want massive programs we don’t need and can’t afford? Then join the Red State Uprising! In his new book, RedState.com founder Erick Erickson clearly outlines what needs to change in Washington and what we can do locally to make it happen. Red State Uprising is not about anarchy or a revolution—it’s about reshaping government to maximize economic growth, individual liberty and private property rights. Barack Obama has shown his determination to move the country towards a socialist “nanny” state, culminating in the government takeover of health care. The vast majority of Americans reject this vision and Red State Uprising calls upon this majority to stand up and take action. There is a right size for government, Erikson argues, but it is much smaller, much cheaper, and much less intrusive than what we’ve got now. Red State Uprising offers conservatives a plan to take back the people’s government.

Red State Uprising: How to Take Back America

This title is due for release on September 20, 2010
We'll send you an email as soon as it is available!