Redemption of the Hopeless: A Crime Thriller Novel 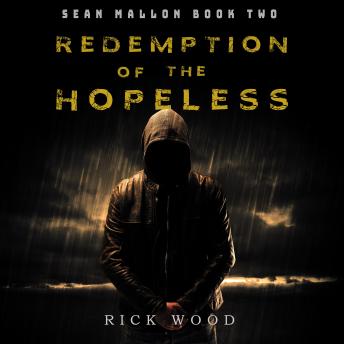 Sean Mallon is a disgraced fool hellbent on a path to destruction, a far cry from the legendary detective he once was. Could a new serial killer in town offer him the opportunity for redemption?

Since the notorious serial killer, Victor Crane, eluded Sean’s capture two years ago, he has been on a downward spiral to despair. He has become a washed-up, alcoholic deadbeat, so obsessed with finding Victor that he doesn’t care about destroying everything else in his life in the process.

But when a new serial killer starts leaving a trail of bodies, this could be an opportunity for Sean to rediscover his better days. What’s more, there is something new about this killer… they always capture two people – one that’s a victim, and one that’s a villain.

Only one of these people survive.

As Sean delves deeper into this new case, he begins to realise that there is an air of familiarity to it.

Maybe he’s closer to Victor than he thinks.

Can he be the detective he once was and stop this killer before the bodies pile up? Or will he be forever the drunk layabout he has become?

Redemption of the Hopeless is the second in the Sean Mallon crime thriller series. If you like twists, serial killers and antiheros, you will love this series.

Redemption of the Hopeless: A Crime Thriller Novel

This title is due for release on September 21, 2018
We'll send you an email as soon as it is available!