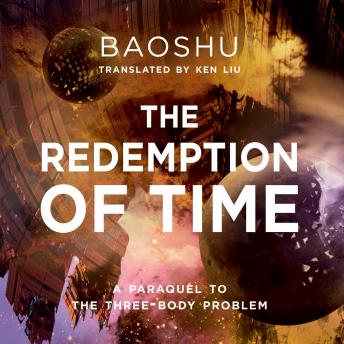 The Redemption of Time

At the end of the fourth year of the Crisis Era, Yun Tianming, riddled with cancer, chose to end his life. But death for Yun Tianming IS merely the first step in a journey that will place him on the frontline of a war that has raged since the beginning of time. As Yun Tianming lay dying, his brain was extracted from his body, flash frozen, put aboard a spacecraft and launched on a trajectory to intercept the Trisolarian First Fleet. It was a desperate plan. But there was an infinitesimal chance that one day Tianming may, somehow, send valuable information back to Earth. And so he does. But not before he succumbed to subjective centuries of alien torture and betrayed humanity. Rewarded with a cloned body by the Trisolarans, Tianming has spent millennia in exile as a traitor to the human race. But now he has a chance at redemption. A being calling itself The Spirit recruits him to help wage war against a foe that threatens the existence of the entire universe. But Tianming refuses to be a pawn again. He has his own plans...