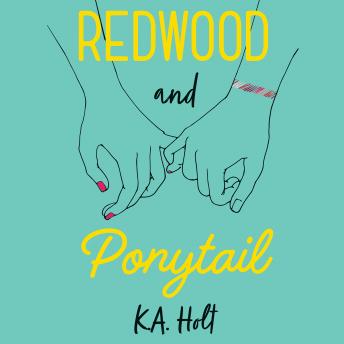 A universal story of finding a way to be comfortable in your own skin: Kate and Tam meet, and both of their worlds tip sideways. At first, Tam figures Kate is your stereotypical cheerleader; Kate sees Tam as another tall jock. And the more they keep running into each other, the more they surprise each other. Beneath Kate's sleek ponytail and perfect façade, Tam sees a goofy, sensitive, lonely girl. And Tam's so much more than a volleyball player, Kate realizes: She's everything Kate wishes she could be. It's complicated. Except it's not. When Kate and Tam meet, they fall in like. It's as simple as that. But not everybody sees it that way.

• A novel in verse about two girls discovering their feelings for each other in a sincere and relatable way that helps young reader connect to the storyline
• K.A. Holt is the author of Rhyme Schemer, House Arrest, Knockout, and several other books for young people. She lives in Austin, Texas

'The free verse narration is totally accessible, flowing quick and clear, and Holt plays with form, beautifully highlighting the parallel internal journeys, often achieving something akin to a musical duet. Ultimately, this is a . . . moving story well-told.' — Booklist, starred review