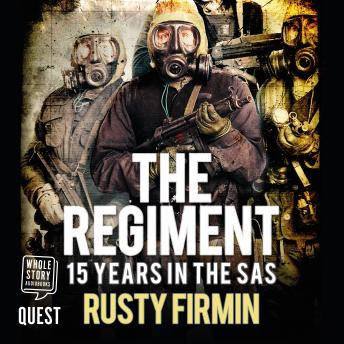 The Regiment: 15 Years in the SAS

Newly revised and available in audio, this is the unforgettable chronicle of Rusty Firmin's combat experiences - a fascinating and intimate portrayal of what it was like to be part of the world's most respected Special Operations Force.

From its early beginnings in World War II, the Special Air Service (SAS) has won renown in some of the most dramatic, dangerous and controversial military special operations of the 20th century. It is a secretive and mysterious unit, whose operations and internal structures are hidden from the public eye. Now, one of its longest-serving veterans offers a glimpse into the shadowy world of the SAS. Rusty Firmin spent an incredible 15 years with 'The Regiment' and was a key figure in the assault of the Iranian Embassy in London in May 1980.

Regiment: 15 Years in the SAS