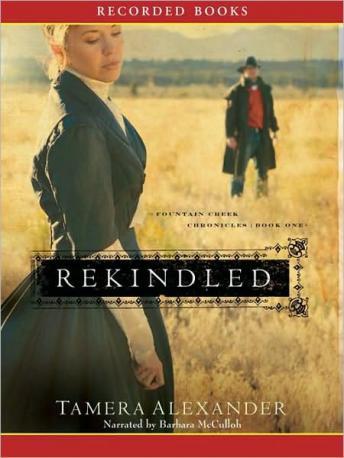 Tamera Alexander's gripping debut novel is a 'masterful blend of captivating story and technical excellence' (CBA's Aspiring Retail). Set in the 1868 Colorado Rockies, Rekindled tells the poignant story of a man and wife whose life and love are forever changed. Bushwhacked and left to die in flames, rancher Larson Jennings is lovingly nurtured by a godly mountain couple. As his body slowly heals, he becomes spiritually transformed. But with his handsome features now scarred beyond recognition, Larson wonders if anyone can look beyond his grotesque burns to the better man he has become. Long presumed dead, he painfully limps home-to find his wife arm-and-arm with another man. As tears trickle down his disfigured face, Larson asks God to help him do what's best for his beloved Kathryn. With the romantic irony of Rostand's Cyrano de Bergerac, Alexander paints an unforgettable portrait of unselfish love. 'Making an impressive debut, Alexander has written a charming historical romance that features well-drawn characters and smooth, compelling storytelling .'-Library Journal, starred review 'Rich prose, a realistic setting and characters, and a compassionate story of love will keep you turning pages long into the night .'-Romantic Times Top Pick