Religio Medici: The Religion of a Doctor 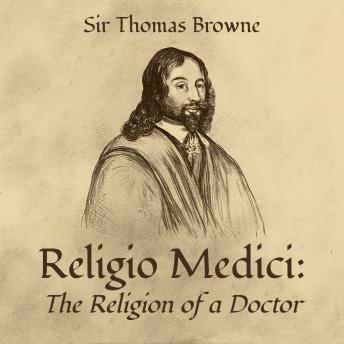 'Religio Medici: The Religion of a Doctor' (1643) by Sir Thomas Browne is an explanation and analysis of the author's religious belief in relation to his profession as a medical doctor. As such, it is a spiritual testament and a psychological self-portrait based on the Christian virtues of faith, hope and charity. In the preface, Browne explains that his text is not a scholarly work, requesting that it be approached by a mind informed by faith and open to accepting his self-exploration. The first part explores faith and hope; and the second, charity. In his ruminations on concepts like time, eternity, and predestination, he describes the different paths that led him to be an orthodox Anglican. 'Religio Medici' was an inspiration to the Romantic writers of Europe

Religio Medici: The Religion of a Doctor