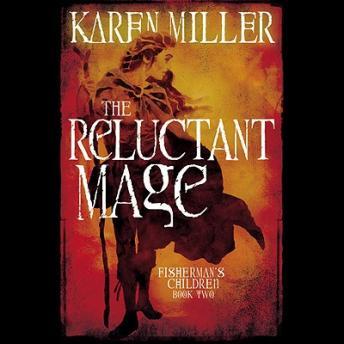 Four years have passed since Rafel disappeared in the expedition over the mountains. Deenie, now eighteen, starts having disturbing dreams about her brother. She comes to believe he's not dead after all, but is in trouble and needs her help.

She enlists the aid of her cousin Randa and the girls hatch a plan to escape from Lur. They escape and survive the hazardous journey round the coastline past the mountains. To their dismay they discover that the lands beyond Lur are blighted with lawlessness and chaos. The remnant of Morg's consciousness that survived his death splintered at his downfall and sought refuge in whatever bodies could be found to host them.

Throughout their travels and adventures they get some answers about the other lost expeditions, and keep hearing about one fearsome mage who's slowly but surely gaining the upper hand from his stronghold in the blighted near-mythical land of Dorana. Deenie knows this is her brother - that Rafel's not only in danger, he's become dangerous. If he's not stopped he could become a threat to the whole world. Perhaps even another Morg.

This title is due for release on July 28, 2010
We'll send you an email as soon as it is available!