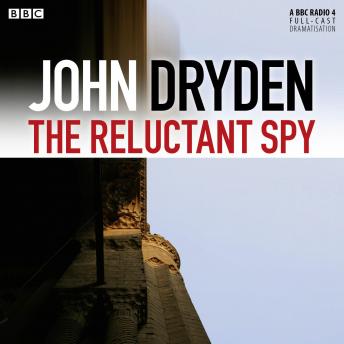 A three-part BBC Radio drama about modern-day spying set in Cairo against a backdrop of the 'Arab Spring'. Hard-up Coptic art expert Duncan Kavanagh scrapes a living as a private English language tutor and by showing tourists around the ancient churches of Cairo. He lives with his feisty, politically-aware, 15-year-old daughter Ola, who is half-Egyptian, in a modest flat they can barely afford. Since the revolution, the situation has become ever harder for Duncan with tourists in short supply. When approached by seductive Canadian student Tara Moore to deliver a letter - for money - to a prominent Egyptian politician whose son Duncan teaches, he accepts. It's a decision that will solve his short-term financial problems but embroil him in a complex web of secrets and misinformation and a struggle for his own and his daughter's survival. Written and directed by John Dryden. Starring Nigel Lindsay, Aiysha Hart and Sarah Goldberg.

This title is due for release on January 12, 2013
We'll send you an email as soon as it is available!