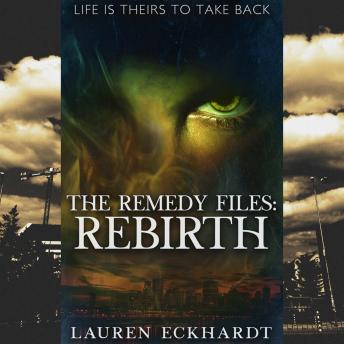 Book #2 of The Remedy Files Trilogy

In this sequel to The Remedy Files: Illusion, Evangeline finds herself a prisoner in a new community called Revival after her abduction from Rebirth. Equally cold and filled with unfeeling people who don't know life in any other way, Revival sets the direction for The New World. Evangeline's brief encounter with the very-much-alive Gavin has her questioning his integrity and true role in their history together. In Revival, Evangeline learns The New World has determined that people with natural intuition and precognition are of special use to them, the exact abilities identified in Evangeline, Gavin, and most of those in Rebirth who can warn when bad events are about to occur. But after discovering Gavin’s traitorous acts, new alliances must be formed, and Evangeline has a different mission in mind. People deserve to have choices and to feel, and Evangeline won't stop fighting until Revival reinstates basic human rights. It starts with getting everyone in Rebirth on board. Then saving Impetus and the other communities once and for all, regardless of Revival’s—and Gavin’s—attempts to stop her.