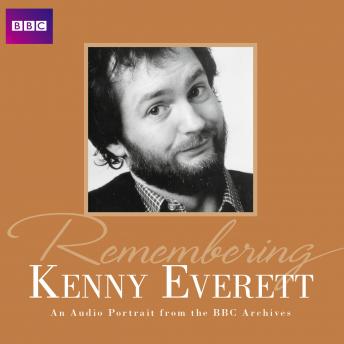 A special compilation of highlights from cuddly Ken’s television and radio shows. Kenny Everett was one of radio’s great innovators, the funniest DJ of our time and a one-off whose madcap comedy burst the boundaries of broadcasting. Introduced and presented by Barry Cryer, this recording features the definitive Kenny Everett: the jokes, the jingles and the high-jinks, the interviews, the comic characters - and some naughty bits. There are also extracts from 'Start the Week', 'Desert Island Discs', 'Foreverett' and 'Everett on Everett'. As well as clips from his radio shows, 'Remembering... Kenny Everett' wouldn’t be complete without his famous series, 'The Kenny Everett Show'. It’s zany, it’s crazy, it’s Kenny Everett at his wildest and wackiest. This recording was previously released as 'Kenny Everett at the Beeb'.