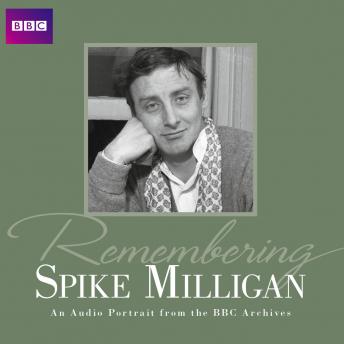 Comic icon Spike Milligan recollects highlights from his stellar career. The comic genius of Spike Milligan changed the face of radio comedy through 'The Goon Show'. Here Milligan chooses and introduces classic clips from his astonishing career: readings from his books 'Puckoon' and 'Adolf Hitler, My Part in his Downfall', poems, songs, sketches, extracts from 'Q6' and 'In the Psychiatrist’s Chair'. He reminisces about India and Bexhill and reads his favourite poems including 'Fred Fernakerpan'. Also included is the complete version of 'The Starlings' - the only 'Goon Show' recorded outside of London and without a studio audience. Plus, of course, there’s a generous helping of 'Goon Show' clips, including 'The Dreaded Batter Pudding Hurler of Bexhill-on-Sea' and 'The Pevensey Bay Disaster', featuring Harry Secombe and Peter Sellers. In this recording you can hear in his own words why Spike was one of the biggest figures in British comedy.This recording was previously released as 'Spike Milligan at the Beeb'.