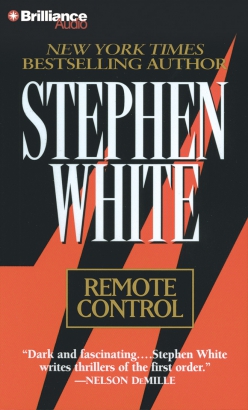 Emma Spire is the daughter of the assassinated Surgeon General of the United States. She has been on the cover of every national magazine. Her beauty, her brains, her bravery-all are public property. Everyone wants a piece of her-and she must escape the feeding frenzy at all costs. But she cannot, and the consequences are deadly.

Thus the stage is set for Dr. Alan Gregory''s most stunning, brainteasing crisis yet. The Colorado-based psychologist-sleuth must solve a case of twisted desire and terror to save not only a golden girl pursued by the furies of fame but also his wife, Boulder County D.A. Lauren Crowder, imprisoned on suspicion of murder. For it was Lauren who took Emma under her wing, and it was Lauren who pulled the trigger on the mysterious stalker who menaced Emma''s safety and sanity.

Step by step, amid accelerating acts of terror, Alan Gregory suspects he may be dealing not with a sick mind fixated on a fantasy of female perfection but with deadly greed fueled by a high-tech prize that may be worth billions. Meanwhile, his investigation is turned into a desperate race against time as a medical emergency threatens to turn his wife''s incarceration into a death sentence.