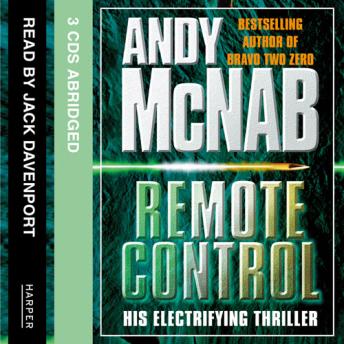 A new kind of thriller, gritty, vivid and menacing, with a pace that never lets up.


Nick Stone left the Special Air Service in 1988, soon after the shooting of three IRA terrorists in Gibraltar. Now working for British Intelligence on deniable operations, he discovers the seemingly senseless murders of a fellow SAS soldier and his family in Washington, DC. Only a seven-year-old daughter, Kelly, has survived – and the two of them are immediately on the run from unidentified pursuers. Stone doesn’t even know which of them is the target.


On his own, Stone stands a chance of escape. But he needs to protect the girl and together they plunge into a dark world of violence and corruption in which friend cannot be told from foe. As events draw to their blazing and unexpected climax, Stone discovers the shocking truth about governments, terrorism and commerce – and the greed that binds the three together…


Remote Control is a new kind of thriller, gritty, vivid and menacing, with a pace that never lets up. Other thriller writers talk the talk. Only McNab has the walk.