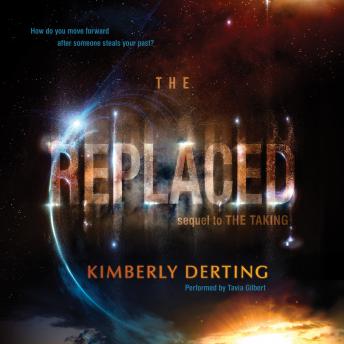 The gripping second installment in the Taking trilogy is perfect for fans of The Fifth Wave and the Body Finder series. Explosive and romantic, with creepy, otherworldly elements and twisty, psychological thrills, The Replaced will have you questioning what exactly it means to be human.

Kyra hasn’t been the same since she returned from her mysterious five-year disappearance. Now on the run from the NSA, Kyra is forced to hide out with others who, like her, have been Returned. Yet she is determined to find Tyler, the boy she loves who was also abducted…all because of her. When her group intercepts a message that Tyler might still be alive, Kyra risks everything to get him back. But he is being held by a shadowy government organization that experiments on the Returned, and going after him puts the rest of the group in danger. Even if Kyra gets Tyler back, the fight to save him—and the rest of the Returned—is just beginning.