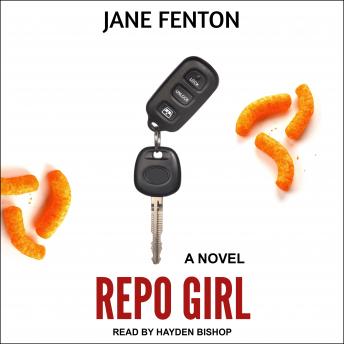 Twenty-five-year-old rookie Repo Agent, Andrea Sloan, doesn't like accepting help from anyone-especially not arrogant musicians who are too charming for their own good. Even though she swore off men years ago, Andi finds herself drawn to handsome rockstar, Cooper Barnett, as he continually pops up in her life when she least expects it.

Their budding relationship becomes even more complicated when Cooper talks Andi into letting him ride-along on one of her repos, and they come across a very naked, very dead body. Being charged with murder and spending a night in jail is bad enough, but when the police don't seem to be making any headway on finding the real killer, Andi begins to do her own investigation-much to the frustration of the homicide detective in charge.

The closer she gets to discovering the killer, the more her own life is in danger. Time is running out. Andi must figure out who the killer is before she goes to prison for a crime she didn't commit or, worse, becomes the next dead body.