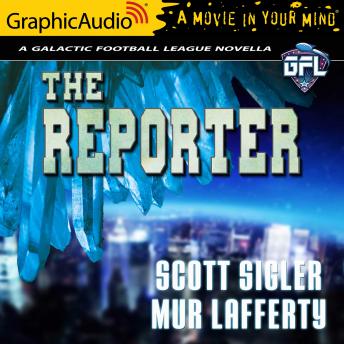 Yolanda Davenport, star reporter for Galaxy Sports Magazine, is searching for the truth about Ju Tweedy's involvement with the murder of Grace McDermot. Ju, a former star running back for the OS1 Orbiting Death, had to flee Orbital System One following the murder accusation. That incident let him to join Ionath Krakens, but Ju still claims innocence. Are the Krakens knowingly employing a murderer, or was Ju framed for this horrible crime?

This novella is part of the Galactic Football League series, which is described as THE BLIND SIDE meets THE GODFATHER meets STAR WARS.

GFL TIMELINE:
The story takes place between Week Three and Week Six of the 2684 GFL season, the season that encompasses THE ALL-PRO (GFL Book III).